See on Scoop.it – Entrepreneurship in the World 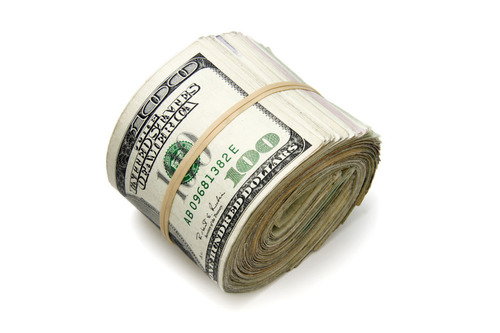 As CEO and founder of a company that makes an app that helps people apply to jobs from their mobile phones, I am happy to report that we’ve sucked a lot since launching in 2009. […]

Finally – or not that much but well – a very good "I suck" article. No bullsh!t talk here but facts and a great guide of what not to do … and, by inversion, what to actually do when founding a startup.

Go out and get sh!t done! … to summarize.

Social media. The word is everywhere and corporations are getting there little by little, for marketing, for engaging customers, driving sales

but also to provide customer service or support via Twitter.

This is a “new” trend and large companies are actually setting up accounts – or using some current ones – in order to provide an additional contact option for their customers and offer an extra level of service.

The adoption of Twitter by brands has been quite good so far but mainly in order to do content marketing, not necessarily answer customers.

Yet, with Twitter allowing people to easily give shouts at these company accounts, it does seem that the market itself has pushed – and still pushes – towards this use for customer service.

However, regardless of being top of the crowd and officially offering support via Twitter, companies do have to get their act together with a proper structure and a clear understanding that the level of service expected is no different from what customers may expect when entering a shop or an agency and facing actual employees.

Some companies tend to do it right and offer good service.

How good are they ?

From recent experience, HSBC, for example proves to be quite responsive (usually one of the pain points as these company accounts do face crowded timelines) and the “operators” behind the account do post a tweet to introduce themselves when taking over.

Not much of a difference but it does give a sense of humanity to the (Twitter) handle.

Airlines also are in my “good” ones with Air France and Easyjet. Slightly different positioning for these two yet a level of customer service quite on par with each other.

The second might struggle a little bit more with responsiveness, as seen by some people tweeting again to ask for answers but I still do like the fact that both accounts tend to follow their customers in order to provide answers through private messages as soon as it is not an easy fix.

Not only does it save some (to a lot) of timeline space but it also shows a sense a privacy that is enjoyable from a customer point of view. Reminder : tweets are public and while people following my account may know about me reaching out to an airline about an issue, I would appreciate that not every single person, bot, alien or whatever else out there follows my dialog with the company.

One last bit on the good usage of Twitter. I did mention earlier the companies with no specific support account but which people can still touch through their standard Twitter account. Good handling of Twitter requests on these accounts may depend on the community manager(s) and/or the company’s policy but how enjoyable and rewarding is it when a “message in a bottle” sent with little hope to a brand’s handle ends up being answered in the right way (e.g. not by a “go f**k yourself!” but rather a “how may I help you?”), quickly and efficiently enough.

Enough with congratulating big companies here, that is what most startups do everyday and even if their good handling of Twitter requests may stem from a need to gain visibility, fix beta product used by early adopters or just make sure they set the foundations right with their first customers, the quality of service offered is definitely something every company out there should look up to.

How bad can it get ?

Well, this is where it does get nasty. Twitter being yet another means of communication, some may think it can be handled in the same way as phone or email.

That means sitting some people in front of the screen and providing them with recommendations on how to deal with customers (scripts … ) : expanding the call center to social media.

From personal experience, French telecom company SFR is now on my list of sworn enemies after I spent a week running through all their departments before trying to end the pain by making use of their Twitter handle (dedicated to customer support).

The sad bit here (apart from the fact that most of the other contact means are pretty unresponsive) is that this was a good example of call center Twitter.

The responsiveness while not being that bad showed that handling a busy timeline requires tools and/or added staff.

Yet, the understanding of requests definitely was nowhere near what people would expect. And that is a fact, any issue or request can only be a 140 characters one. Meaning customers have to ensure they can summarize the question but, also, that people doing the support on the other side must, at least, be able to understand the request and, further than that, be able to ask for clarifications if needed.

Which, when done in public, while facing a crowded timeline, does get nowhere but close to a mess.

This is where DMs are a must-use.

Another recent example shows how understanding (e.g. being able to not only understand the written sentence but also the context and who the customer is – or is not) is Bank of America’s handling of some rants in which their handle was used.

How is it even possible for the operator behind BofA’s Twitter to offer assistance with their account to the twitter of OccupyLa whose wording was rather about telling them how much they suck better than asking for details on savings accounts.

Customer service through Twitter is something truly new. It bears a new concept as this is basically a public square where everybody can shout at each other while wearing a mask.

The handling of that does not require call center skills (people at OccupyLA would surely not spend ten minutes on an expensive-as-hell support phone number, listening to brain-melting messages just to get a chance to hit at the company. On Twitter, it takes seconds and a few words) but a very different set of skills and mindset as well.

A dedicated user myself, I can only say yes, definitely. However, looking at the good and bad points, it does require some thinking and structuring before jumping in; whatever the use.

But as soon as a company does make the decision to make use of Twitter (and social media in general) for actual customer service and support (I leave aside marketing being slightly less crucial), they need to ensure getting things right and not consider it as part of their basic usual customer support framework.

That is basically the same as hiring a skilled social media marketer when it comes to developing online presence and content marketing.

I love Twitter as a tool, as a media and I definitely like customer support being handled through this means but companies have to ensure they have the right skill and mindset to make it successful.

It is not marketing as people see it but, as a reminder, any message getting out to customers is marketing.

Any bad message or usage is, in the end, bad marketing.

Customer service is marketing too. Make sure to use Twitter (and all social media) in the good way to deliver a good marketing message.

Everything corporate is marketing

A short post to signal my being back from the darkest corners of life (hell ?) … or not. That is depending on the reading of activity and workload associated with not taking the time to finalize the dozen of draft articles I have in here.

Quite the worst example of social media practice.

While keeping a good Twitter activity, a fair one while curating topics (Entrepreneurship in the World, on Scoop.it), my blog dedication has been so low I can but be ashamed of my very poor social media management.

Because as part of the tools set I am using, the blog is the place where my very own content can be shared and not only in a limited 140-characters style.

As part of a social media strategy, any company/individual shall have a place where ideas can be developed.

Indeed communication – the real-life one when people speak to each other – is mainly based on the tone of the voice and the attitude of the person speaking. The actual content (words said) account for roughly a third of communication.

Hence, written-only communication can easily be misunderstood. And when it comes to summarizing it in 140 characters then the misreading might skyrocket.

A blog or a website are not THE solution but they still are a solution, being a place where a sentence, an idea can be developed and explained precisely to an audience. And this is crucial.

As a test, look into summarizing the content of this piece in a Twitter-sized chapter while ensuring not losing the ideas and the context.

Back to life. Back to social media life. New content to come.